When you have to wait an hour on a Wednesday night in December, you know the food is going to be good. Tequila Mockingbird may have the greatest restaurant name ever. They were also slammed when we ate there a few nights ago. It was as if everyone in Ocean City was getting dinner at the same time. But it was worth the wait. They may have the best margaritas I have ever had. Not just good flavor, but a high intensity strength that you don’t normally get with house margaritas anywhere (and they were $5 to boot). My friend sampled a few different kinds, and each was better than the previous. The serving size was large, the rim of the glasses dipped in a red-colored salt.

Each meal starts with a complimentary basket of chips and salsa. For an appetizer, we got the triple sampler which included guacamole, queso, and El Diablo spicy salsa. The queso was phenomenal. The cheese was thick and stringy, not loose and dripping all over the place. The guacamole was fresh and creamy, but it lacked seasoning. We had to sprinkle some salt on it to improve the flavor. The salsa was just average. Not really too spicy, and seemed to have a flavor from some herb other than cilantro that gave it a strange taste.

For my meal, I got the cheese burritos. There were two large burritos stuffed with cheese and onions, and topped with even more cheese, lettuce, tomato, and a ranchero sauce. It was fantastic, and the portion size was gigantic. The side of cilantro rice was light and refreshing—a nice compliment to the heaviness of the entree. But still, this heaviness was not the same as I have had at other Mexican restaurants. There was a cleanliness about the food that makes it stand out. I also added a fish taco on the side (it was the special that night, $2.25 each) which I thought was good, if not slightly overcooked and under-seasoned. He had three tacos each of the mahi soft and bean hard shell tacos. Again, he thought they were good but the fish was a little tough. We wrapped up with an order of sopapillas which were excellent. 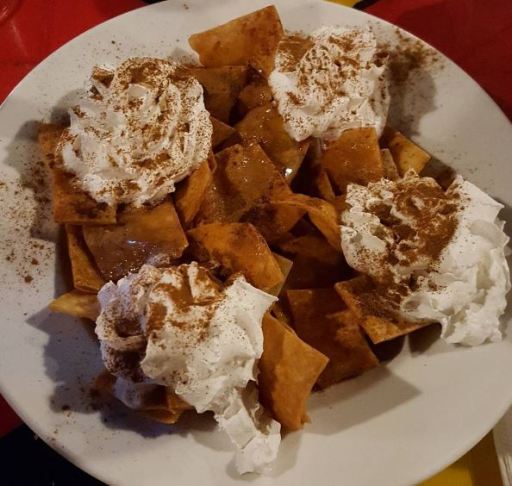 All that being said, this was the best overall meal we had in three days at Ocean City (especially because of those margaritas). Our server was super nice and did not rush us out despite the place being swamped. Tequila Mockingbird gets a 4.5 out of 5 stars from me. I cannot wait to go back.