There is a rule of thumb when critiquing or blogging about a restaurant that you never do it in the first month or two of a place’s opening. You certainly never do it when they are in their initial soft opening phase. However, my experience at Belford’s new Pueblo Magico was so outstanding that I could not resist publishing this. It was time this area got a touch of culture. I was excited when it was announced that a Mexican restaurant would be coming to the area, and even more so that it was going to be authentic and not the normal Tex-Mex stuff people are used to. For real Mexican food, one must search through pockets of Red Bank and Keyport. There was nothing in between, except now for Pueblo Magico, that is.

Upon first entering, you will see that the interior is festive and inviting. The paint on the walls, the tablecloths, and nic-nacs everywhere are bright and colorful, and help to transport you somewhere else while you are dining there. Even the plates and bowls which they serve food on are thick and pottery-based, evoking a true Mexican feel. The menu is a small one for now, which I am sure will change and expand when they have their official opening later this week. There is a brief assortment of appetizers, and some of the usuals like quesadillas and burritos. While these menu items would be universally recognized and accepted, there are some others which are more cultural (and more exciting, at least to me) such as pig trotters, cesina (a cured meat, usually beef), squash with pork rinds, and cactus salad.

As an appetizer, Justin and I went with the “safe” order of guacamole. It came in a small crock along with a basket of homemade tortilla chips. They were fresh, thick, and crispy. While some would complain that they went unsalted, I rather enjoyed them the way they were. There was a naturalness to them. As for the guac, it was creamy and pure avocado—no tomatoes or diced onion. The combination of smooth and crunchy was pleasing to the senses.

For meals, Justin went with the Companacion Magica. This contained roasted beef (which he substituted with grilled chicken), rice, beans, guacamole, cheese, pico de gallo, and a whole grilled onion. The aroma coming off of it was mouth-watering. While I thought his was an impressive looking dish, I was utterly blown away when my Chile Relleno arrived. This was a dish that I have wanted so badly to love over the years, and while I have had good renditions, none have ever come close to what this meal was about to do to me. The pepper was large and deep-fried. It was stuffed with cheese, and while I do not know which kind, it was thick and cubed. It held up to the heat and provided some chewiness (comparable to Haloumi) to go with the pepper that was tender and falling apart. There were additional tiny cubes of this cheese sprinkled on top, and it was covered with a red sauce. Comfort food at its finest. The beans and rice on the side were also delicious—the rice was perhaps the fluffiest I have ever had, and packed with so much flavor. This was as awesome a Mexican meal as you could ever hope to get, and I’ve eaten my way through Texas. It would be hard for me not to order the same thing the next time I visit Pueblo Magico, though the pig trotters might be calling my name. 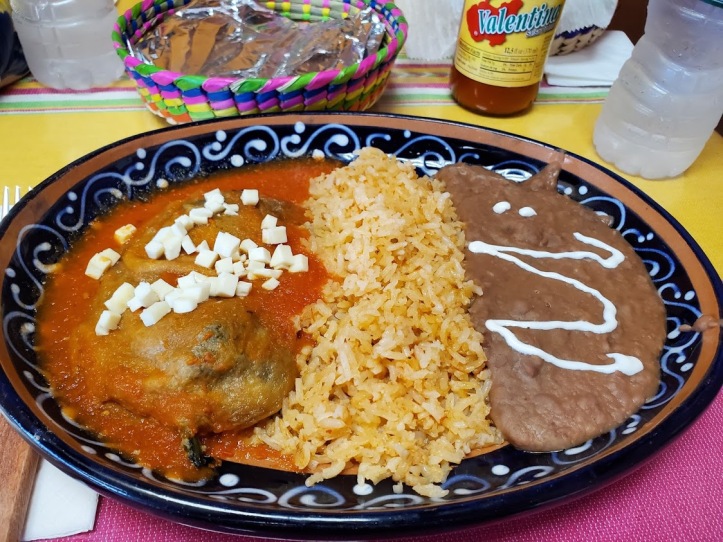 Both of our meals came with grilled corn tortillas. I had asked if the sauce on my Chile Relleno was spicy. Our server said it was not, but that she would bring me an additional homemade hot sauce on the side. This had a tiny bite to it, but was also full of flavor. The service was extremely pleasant, attentive, and informational. We asked if it was her family that owned the place, and she said it was (her aunt is the owner). The entire operation is a family affair. This shows in the quality of food they are cranking out so early into their operation. You really can taste the love and attention to detail in every bite. It took about 20 minutes for our food to arrive after we got the guac, meaning it was prepared upon our order, not just sitting in a steam table as is customary at too many Mexican restaurants.

Soft openings are a chance to gradually introduce things to the public and work out the kinks. While it was not too busy when we were there (two or three tables taken), everything appeared to be under control. I have not one complaint about anything at all we experienced, from the service to the food to the pricing (our meals were $11 and $12). We both left stuffed, but not uncomfortably so. This was filling food, but not too heavy, which is an accomplishment. I feel like I cannot convey enough positivity toward Pueblo Magico in this review, so I have to suggest that you go and check this place out yourself. I am awarding them 4 out of 5 stars—you would never know they just opened up. They are already mastering their dishes, or at least the ones we tried. Best of luck to them on their venture. I cannot wait to return!

Pueblo Magico is located at 80 Leonardville Road in Belford, NJ. 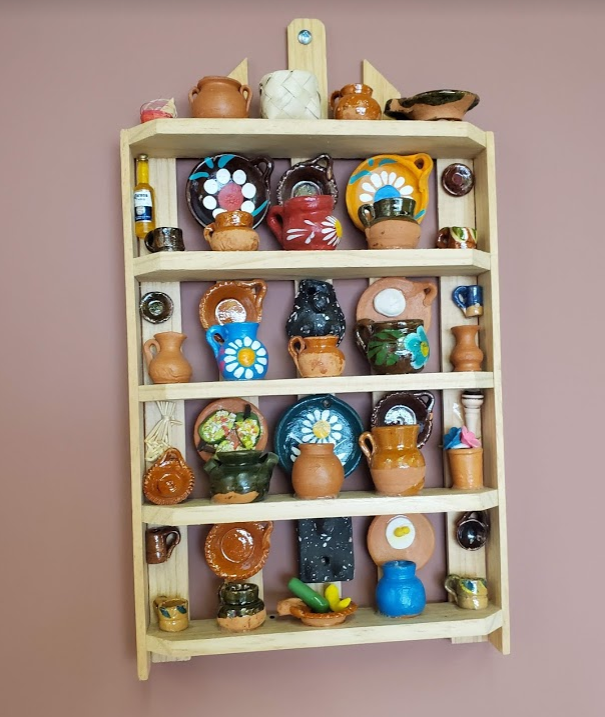