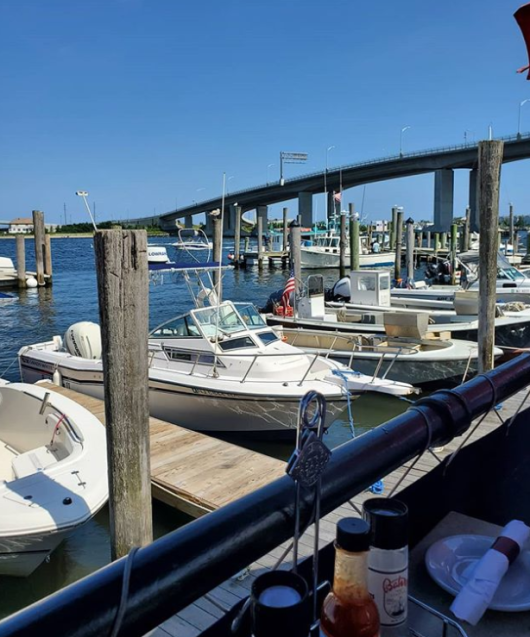 Lunch at Bahrs Landing a couple of weeks ago after hitting the beach and quite literally being brushed by a shark. I’m not one to exaggerate, but while Justin and I were swimming (Sandy Hook, beach at Lot D), a large mass swam between the two of us. We probably had five feet between us, and this thing was enormous given how close to shore we were. Only two other people in the water saw it and one guy on the beach who came running over to me after seeing my reaction (and probably hearing an expletive or two!) thinking I got bit or clipped. It did not actually touch me, but it was close. We got out of the water and returned after a few minutes figuring it was gone by then and to just keep an eye out. Only thing it could have been besides a shark was a dolphin (or a cownose ray I have been told). It was huge! Water was pretty clear but not clear enough. I spend a lot of time in the water for both work and pleasure, so I take this as a simple reminder from Mother Nature to always be aware of one’s surroundings. Yeah, I needed a rum punch after that!