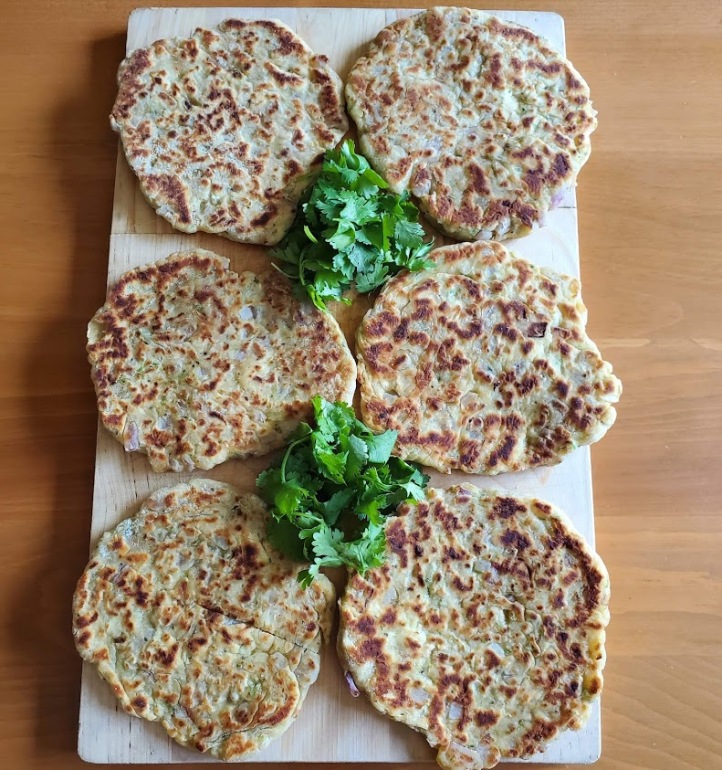 My mom has recently gotten into watching recipes on YouTube and shared this video with me last week. Realizing that I had all the ingredients in the house already, I decided to make a batch of this Middle Eastern zucchini flatbread. It ended up being one of the easiest recipes I have ever tackled, and I am not one that loves making anything with dough from scratch. While these are thicker than what I observed in the video, I had to make that modification since my dough was stickier and harder to roll out any thinner.

But it did not seem to matter. They had the thickness and consistency of naan. The zucchini did not stand out much, but the red onion was the star of the show. It reminded me so much of Onion Kulcha, an Indian naan stuffed with onion, that I may make these again next time I cook Indian food. Miraculously, they did not stick to the pan when frying. I used a Calphalon non-stick and brushed both sides of the dough with olive oil. When it came time to try one, I topped a piece with a dollop of sour cream and fresh cilantro. Probably not traditional but it was unbelievable!