Well, here we are: my first new restaurant review since April and our first time eating out since March! Thankfully, it was worth the wait. We spent the night of my birthday in New Hope. Of course, we knew we were going to get drinks at John and Peter’s, our favorite dive in the world, but where would we eat dinner afterwards? During a short walk down Ferry Street, we came upon The Salt House. I had actually wanted to eat here for quite some time. The building dates to 1751 and the ambiance inside is incredible due to the history and fireplace that is usually roaring in the winter. However, even with eastern Pennsylvania in “Green Mode” (indoor dining at 25% capacity), they were only offering outdoor seating. This is understandable since the space indoors is limited. But uniquely enough, each table outside had its own sealed off cabana. This not only added a sense of privacy and relaxation that was hard to pass up, but also an extreme sense of safety and caution which we appreciated. Though no menu was posted, we knew right then and there that is where we wanted to eat.

We were seated in a cabana on the side of the road which was illuminated by a hanging light fixture. After dark, they would bring over a couple of candles which really added to the ambiance. The menu was texted to us, which eliminated having to touch something handled by other customers. The food selection was a limited one, but we had no trouble picking dishes. For appetizers, we went with the bacon-wrapped dates and shared an entree consisting of Nantucket Sound bay scallops over saffron polenta and with sauteed spinach.

Both were absolutely delicious. The dates were tender and sweet, surrounded by a piece of Berkshire bacon that was so crispy it made an audible crackling sound upon biting it. They were served with a garlic aioli which was good in its own right but unnecessary because of how top-notch everything on the plate was. A careful garnish of micro greens added an attention to detail on their behalf that would be even more evident when the scallops arrived.

Now, I generally give positive reviews and often times find myself raving about certain dishes. But it is incredibly rare that I declare something “the best” I’ve ever had. That being said, these scallops were executed to such perfection that they may indeed be the best I’ve ever eaten. Everything about the plate and its construction shows a level of mastery in the kitchen of The Salt House. The scallops themselves were fresh, perfectly seared, plump, juicy, and slightly sweet. For a food item that requires such simplicity in its preparation, it is shocking how many times restaurants mess them up. The polenta they were served over was so good that I considered ordering a portion of it by itself. The creaminess bordered on luxurious, serving as a sauce with just a kiss of saffron to add a bit of earthiness. The spinach, which some might view as an afterthought on a plate already containing two homeruns served its purpose: not just adding some green, but acting almost like a palate-cleanser in between bites of the scallops that I ate so slowly because I did not want them to disappear. If you are going to this restaurant and they are on the menu (which changes regularly) do not pass them up. Also, please note that the portion contained four scallops—since we were sharing, they graciously divided the order and plated them separately for us. 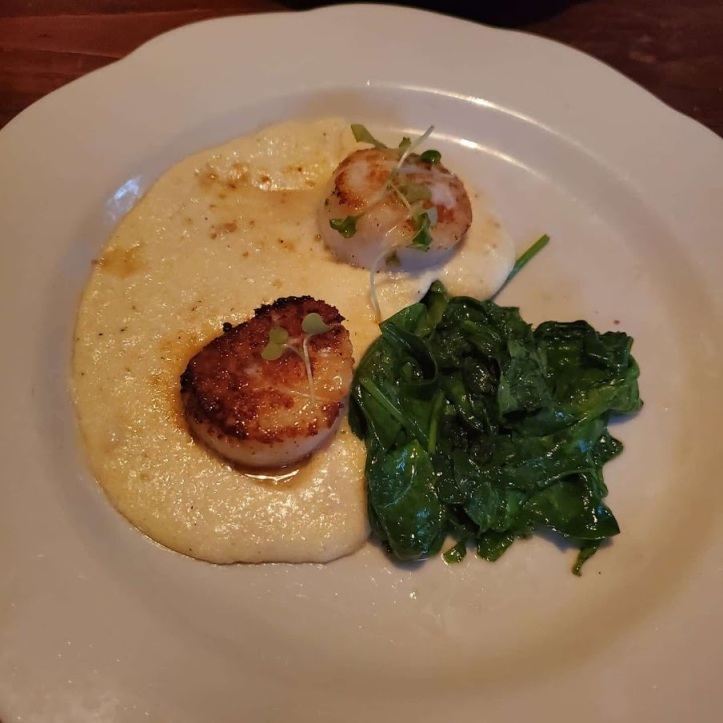 At this point, we ordered a second round of cocktails. There were so many unique ones to choose from. Justin had the “Dark and Stormy Daniels”, which featured Mount Gay rum and ginger beer along with a muddled cherry and bitters in addition to the customary lime slice. Meanwhile, I was intrigued by the “Absinthe Makes the Heart Grow Fonder” option. Being a fan of absinthe and hardly ever seeing it in bars and restaurants, it seemed like a must. Served in a martini glass, it contained Rittenhouse Rye, green Chartreuse, absinthe, and bitters. I would liken it to their take on the Sazerac. While I was expecting it to come on the rocks, I am glad it did not since it worked so well as-is. There was just the right amount of each ingredient, and let me tell you even as someone who can hold their liquor, after two of these it was lights out! 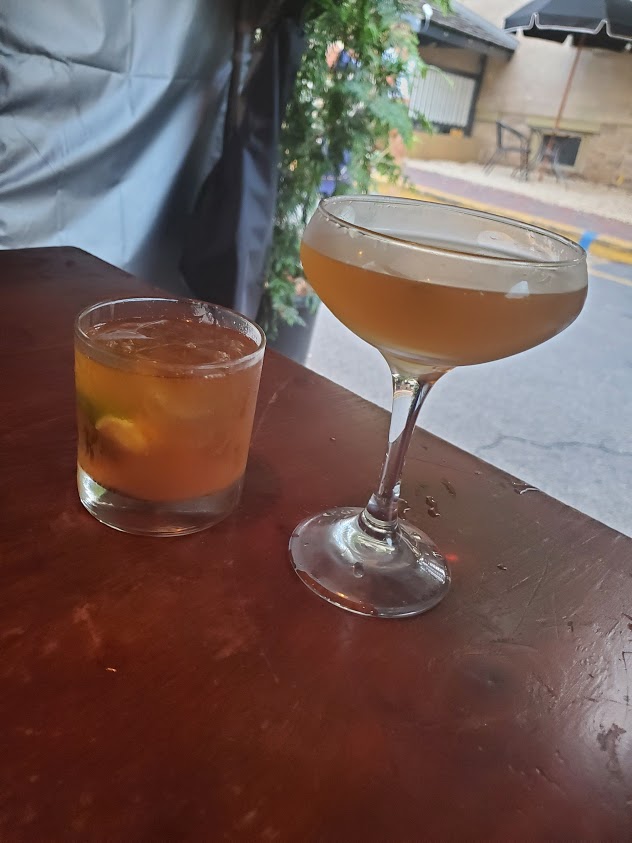 Back to food: for our meals, Justin and I each got the Salt House Burger, which contained dry-aged grass-fed beef, Gruyere cheese, and caramelized onions that were so rich and intense they nearly became the main event! We added bacon to ours since we enjoyed it so much on the dates. He ordered his well-done and I medium rare, and both cooking temperatures were nailed exactly to what we requested. The burgers were flavorful and quite large (I am assuming eight or 10 ounces of meat). The bun was grilled and there was a mountain of fries on the side. It seemed sacrilegious to order a burger at a place like this, but I am glad I did. Its the best one I have had in a long time.

This was an incredible fine dining experience and I consider myself fortunate to have dined here. The service was professional and excellent (I wish I remembered her name because she was delightful)– always around if you needed something but not pushy. Justin and I enjoyed that we were able to spend a couple of hours in the private cabana and take our time through drinks, two appetizers which we ordered one at a time, and finally, the burgers. Even one of the food runners stopped by to see how we were liking everything. 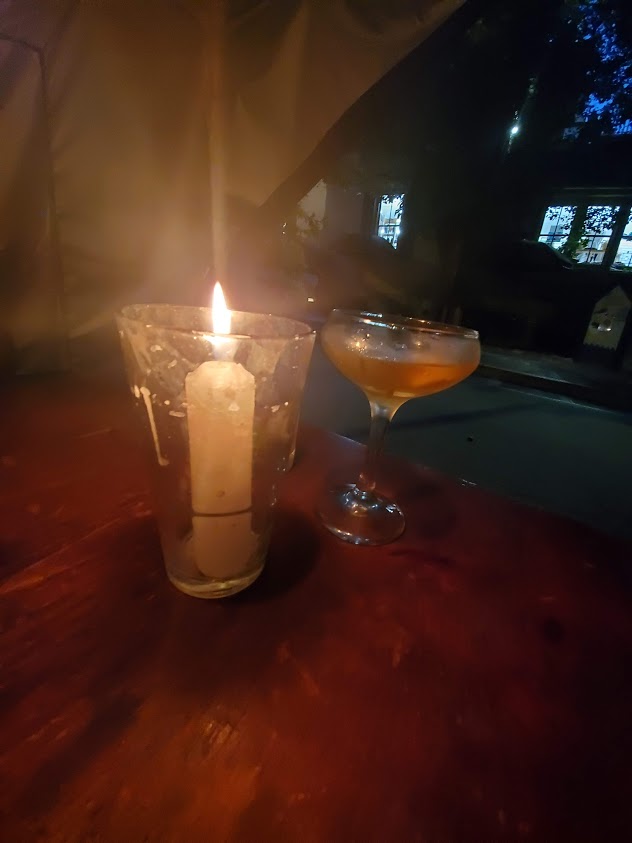 Almost every table was taken during our time there, but everything ran smoothly. I’m not sure how long they have been open in this post-COVID world, but they definitely have their act together. From the kitchen to the bar (their cocktail list is the stuff of my dreams), the service, and the historic setting. I have no choice but to award only my second 5-star rating in the state of Pennsylvania. Yep, 5 out of 5 stars for The Salt House. I cannot wait to be back.

The Salt House is located at 7 East Ferry Street in New Hope, PA.