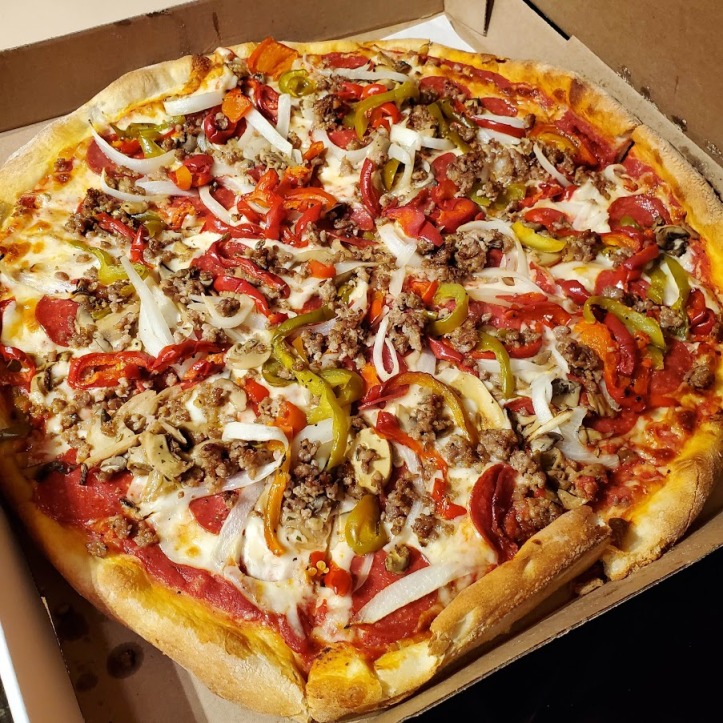 I have lived within 10 minutes of Romeo’s in Hazlet for most of my life yet had only been there once prior to last week. And that one time, I had a sandwich. Go figure. Anyway, we were in the mood for an “everything” pizza and driving to Milano’s in Perth Amboy was not possible. Romeo’s used sweet cherry peppers instead of the usual green bell peppers (which I was expecting). Not being a huge fan of green peppers anyway, these were a welcome sight and the acidity added a nice component. We also got a second half plain/half garlic pie so there would be leftovers. The garlic was basically halved cloves which they placed under the cheese. Never seen it done this way, but delicious nonetheless.