Bertucci’s, One of Those “90’s Places”, Closes in Hazlet

This is no love letter to the Hazlet Bertucci’s by any means, but if there is one restaurant in my assortment of “90’s places”, it would include them. Ranked up there with Pizza Hut, this was a restaurant that was so “in” to be at for a kid growing up in my area during the 1990’s. After all, they used to give every child a ball of dough to play with while they waited for their food (did they still do this now?). I ate out a lot as a child, but this was always a big deal. Even going back as an adult, in very limited experiences, I used to be hit with a blast of nostalgia—the interior changed so slightly over the decades.

As the years progressed, I developed a disdain for Bertucci’s. No, it was not nearly as bad as Olive Garden (how are they even in business?), but their food failed to impress as it did when I was a child. I remember one time, two years ago, a takeout order I had was so utterly disgusting that I did not even post a review—I wrote to the company. To date, that was the first and only time I ever had to do that. They responded by sending me a $100 gift card. When I went to use it, I brought my family. With us was my grandmother who was using a walker and struggling with every step. The host proceeded to attempt to walk us through an entire empty dining room to sit us all the way in the back of the restaurant. Halfway through our sojourn, I said, “Excuse me”, and asked if we could sit somewhere closer. He shrugged his shoulders and plopped menus down at the nearest table to him and said, “Enjoy your meal”. I was livid. 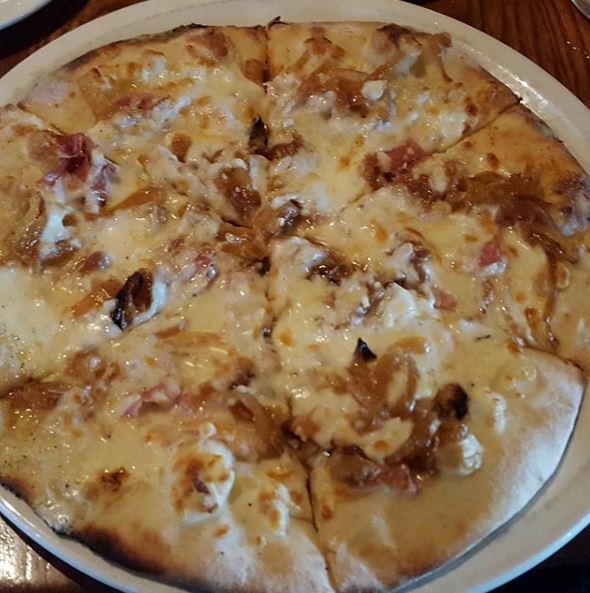 That was it for me. The pizza I had that day was actually very good, but it was not enough to bring me back…or so I thought. A year later, my mom had received a gift card from someone for Bertucci’s (lucky us!). Just when I thought I was out, they pull me back in! We went one night and I had Chicken Marsala that was as tender as the Dunlap tires on my car.

The interior of Bertucci’s was always pretty classy. The smell of brick-oven pizzas baking was enticing to everyone. But in the end, I was always left wondering, “Why does anyone eat here?” Perhaps more people started realizing this and that is why they closed. Mediocre food, iffy service, high prices (especially for wine), and noise levels so loud that you had to scream at each other just to have a conversation. While this will always be part of my “restaurant childhood”, I am not surprised they are closed, nor am I said to see them leave.