A new pub has arrived in our area! Now occupying the spot which once operated as Steve G’s Union House is Dowlings Irish Pub, which opened with a soft launch a little over a week ago. They have another location in Roselle Park with the same namesake, and according to a representative of the restaurant I spoke to, their current limited menu will eventually expand to mirror that of their other establishment. Right now, aside from appetizers, a soup, and sides, there are five entree options. Among them is corned beef and cabbage. The Roselle menu also offers Shepherd’s Pie, Chicken Pot Pie, Irish Meatballs, and a few other selections. Below is the limited menu. 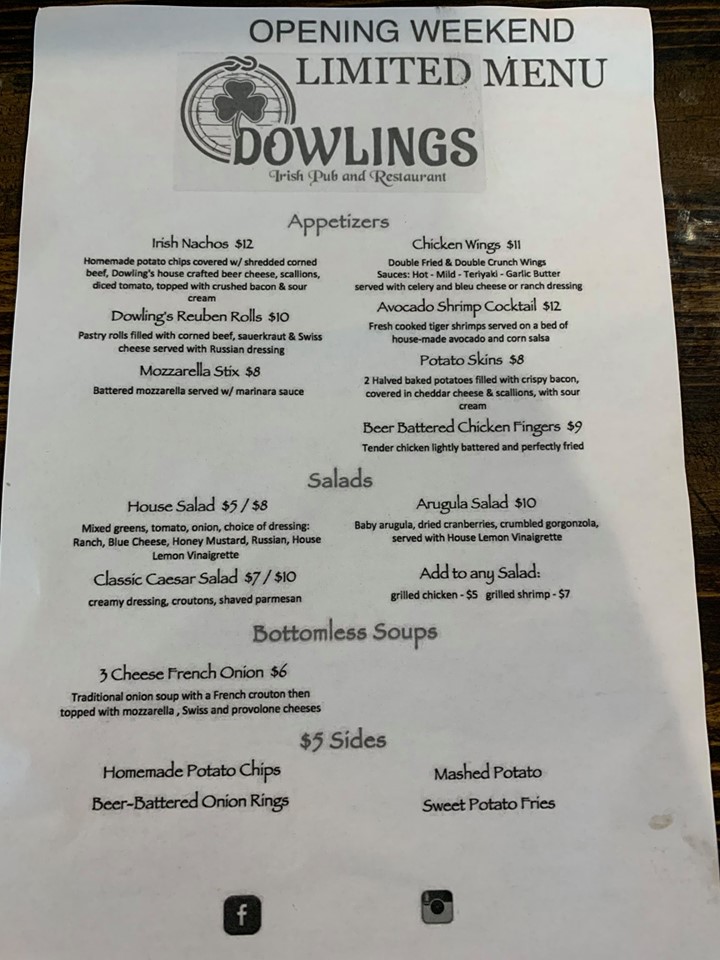 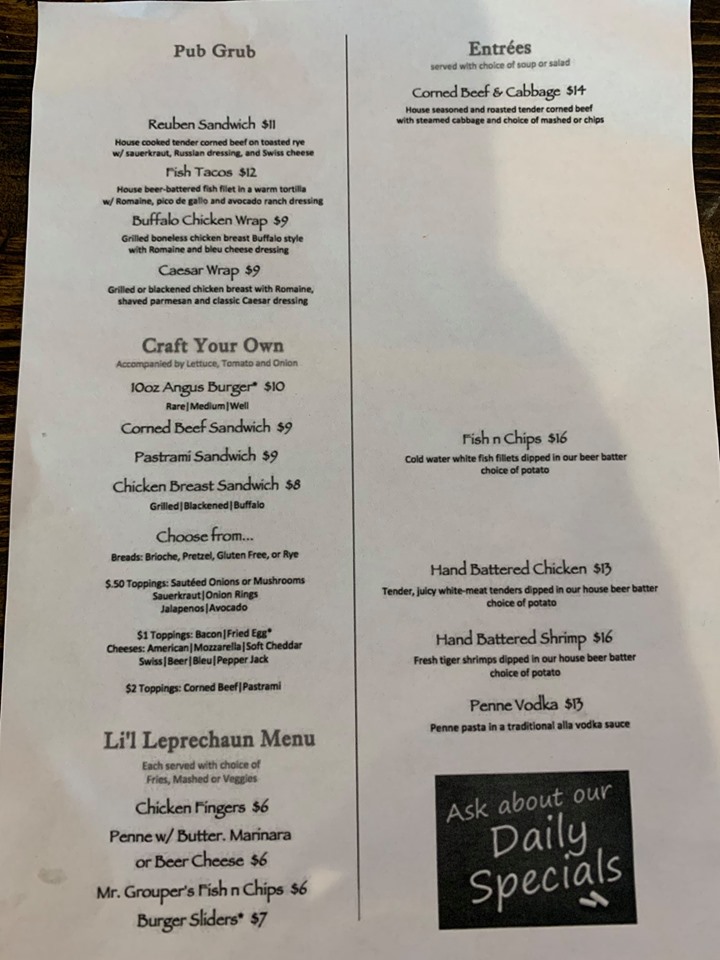 On tap for beer and also due to expand is Guinness, Smithwicks, Magners, Sam Adams Summer Ale, Kane Head High, and Carton Boat. So far, Dowlings has quite the lineup of music in the works, with several performances per week ranging from John Rafferty to Cranston Dean.

With so many trendy “scene” restaurants opening by the boatload in Monmouth County, it is nice to see something of an Irish Pub’s nature coming to our area. Aside from McDonagh’s in nearby Keyport, this is the only pub on the Jersey Bayshore. Union Beach and that stretch near Route 36 can be tricky for new businesses, but with Dowlings operating a seemingly successful establishment in Roselle Park, hopefully they can bring that winning formula here and have a good run. We wish them the best of luck!