Red Bank’s House of Chong in “Transition” to New Owners

Those who love the old-fashioned Chinese experience with House of Chong need not worry too much about the change in ownership, because the new owner is actually going to be one of Mr. and Mrs. Chong’s sons, Danny. In business since 1969 and in Red Bank (technically Middletown– it’s a zip code matter) since the 1970’s, this restaurant has held firm for decades while many around it have come and gone into oblivion. They remain one of the very few sit-down Chinese restaurants in our area of Monmouth County and along with nearby Crown Palace, the only one with a liquor license.

Some may think it dated, but that stuck-in-time feel is what keeps bringing me back. That, and delicious food, of course. I had a chance to chat with the owner last week after I commented on the excellent martini he made. He introduced himself as Mr. Chong’s son. Having mentioned my review of his restaurant from last year, he told me that he read it, and then said how House of Chong is currently in a “transition phase” as he and his brother will be taking over the business from the father. He has been reluctant to give it up entirely, but who could blame him? He has built quite a successful entity. 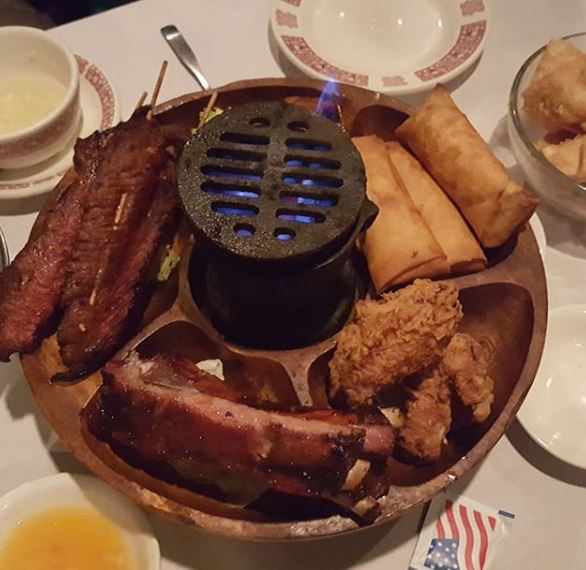 Danny assured me that any changes made will not be taking away from what people are used to. While I imagine there might be some redecorating, it will not lose that “old school” feel. He asked me for any feedback and the first thing that came to mind was me begging him, “Please do not change to Asian fusion”. There are just too many around, and while I appreciate restaurants wanting to offer more options, more often than not it is impossible for them to excel at Chinese and Japanese/sushi, Thai, Korean, etc, etc. Danny responded, “I can never say never to anything, but the teriyaki we have on the specials menu is as far as I want to go,” before smiling and adding, “You will see a dumpling bar in here before you will ever see sushi.”

There is no timetable on the change and because it is staying in the family, there really is not any rush. With so many fusion restaurants around, House of Chong maintains a certain identity. “We want to market what we have here”, he said. Umbrella cocktails and Column A/Column B may seem like a thing of the past, but I feel like I say this a lot: thanks to hipsters, what is old is new again. They may be able to find new life and last decades more. Best of luck to them!