Portuguese Manor is a restaurant I blog about frequently on Eating New Jersey. It’s my favorite restaurant in the world. I feel as if I have grown up there. They have been open since 1983, and my family started going there in the mid-90’s. I remember having my first filet mignon there as a teenager, and remarkably, I don’t think the prices have changed more than a few dollars in that time-span. From excellent steaks and seafood to cocktails, they have never disappointed me in, I must estimate, about 30 visits over the years. I could go on and on about their food and service, but this post is a little different. I learned something last night while dining there with my parents for my dad’s birthday: the business has sold and it’s only a matter of time before changes are coming.

We’ve had the same waiter in the 20 or so years we’ve eaten there. He’s a wonderful man in attentiveness and personality. In the last few years, we have talked more and more. Last night, I was asking about how long the restaurant was there and must have said something which prompted him to say that he was “retiring next year anyway”. The comment struck me as odd, and I guess he noticed that because he said soon after, “Have you heard the news?”. “What news?” I responded. “The business has sold. $1.5 million.” It hit me like a heart attack. He then went on to say that he had worked there for 26 years (nearly as long as I have been alive), and only found out about the sale after customers continually asked him, saying they saw it online.

The gist of our conversation was basically him opining that the new owners are going to make big changes, though he cannot guess to what areas and when. The first change, we did notice, was them now being closed on Mondays. A lot of restaurants in New Jersey do that. He said back in the day, they used to have 80-100 people on Monday nights. About 10 years ago, the numbers started declining. “We’re lucky if we get 15 people on a Monday night”, he told us. But make no mistake, Portuguese Manor is not struggling: “We just had 400 people last week on Mother’s Day”. The dining room is always crowded, from moderate to packed, when we are there on Fridays or Saturdays.

Will they change the name of the restaurant? That would be foolish, I think. The iconic brand of Portuguese Manor is advertising in itself. Everyone knows it is there and what to expect. How about the decor? While dated, it does lend to an impressive “old world” feel. The kind of ambiance that only those restaurants who refuse to change with the times can offer. I’m willing to bet we will be saying goodbye to the $19 filet mignon and seafood combos, and $24 stews and paellas. And who is to say that the new restaurant will even be Portuguese at all? There are a lot of questions, but only time will tell. For now, I will just have to relish the next visit or two, because it could very well be the end of a dining era.

People die, businesses close. Those are just facts of life in the passing of time. As much as we do not want them to happen, they are unavoidable. Still, it stings nonetheless. I’m not ready to say goodbye just yet. I don’t want to jump the gun. But I am mentally preparing just in case. 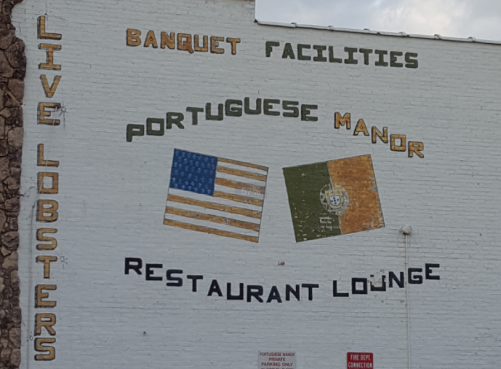