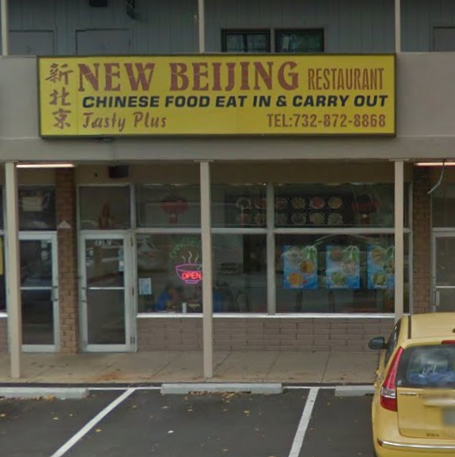 “You can’t swing a dead cat” without hitting a Chinese takeout place near my hometown of Hazlet. Like pizzerias (reviews of which to come at a later date), they are everywhere. But for every gem there are three or four that are just average, and a couple more bordering on abominable. Many seem similar on the outset, but vary greatly once you dig deeper. If you live in my area, you can use this as a guide next time you have a hankering for the deep-fried, grease-stricken wonder known as Chinese takeout. Just understand that such places are graded on a different scale than my usual restaurant reviews. For example a 4-star would be outstanding (a 5-star is damn near unconscionable), with 3-star would be above average or worthy of a visit.  When we order Chinese food, we’re not exactly looking for fine cuisine, but a decent meal at a good price that won’t make us throw up.

For overall quality, it is hard to beat the Sultan. Their food offers a freshness which you cannot find in most other takeout places. Fried food isn’t greasy, soups aren’t salty, and vegetable dishes do not wither away in disgust. This is good, sit-down restaurant worthy food. They actually used to be a restaurant, but closed down the dining room in favor of a strictly takeout business. Sultan also offers sushi and a wide range of culinary flavors including Japanese and Thai (the curry puffs are the bomb). The interior of the restaurant is spotlessly clean. 3.5 out of 5 stars.

We hit this place up all the time when working late at the Strauss Mansion Museum. This is the only restaurant I will order boneless spare-ribs. They make them differently than any other. Rather than chunks of fatty meat, they instead go with thin strips which get a nice char during the cooking process before being tossed in that ubiquitous, sweet, red sauce. They may be pure fat, but you don’t notice and they taste amazing. The sauce that comes with the dumplings is also spot on—a garlic-based soy sauce. Their egg rolls are the best, always crispy. Maybe they get deep-fried twice, who knows. No one eats here on a diet. Their fried rice is not greasy either. 3.5 out of 5 stars.

This was my go-to place before Sultan’s Palace. Food here is very comparable to other good takeout places. My only issues are that the food can be greasy on the greasy side and their soups are salty as hell. The owners also see it perfectly fine to have one of their children working up front (he cannot be more than 10 years old) handling some of the orders. Due to this, mistakes are made more often than one would like but at least they are friendly people. 3 out of 5 stars.

I’ve eaten at Liu’s only once and I can practically walk there. It’s a Hazlet institution which has been there since the late 80’s or early 90’s. I don’t see what all the fuss is about. Their dumplings were so thick they could be confused as baseballs. And as for the seasoning and salt levels, holy MSG, Batman! I have nothing against this flavor-enhancer which has been vilified for decades, but your food should not be so shiny that it blinds you. I’d be willing to bet my lo mein may have glowed in the dark if I shut the lights off. 2.5 out of 5 stars.

Put it this way: my friend Hunter’s mom calls this place “Why Me?”. Again, this is an example of a solo order leaving enough impact to cause me to shriek in horror. I ordered my mainstay curry chicken, and it was disgusting. Rubbery pieces of chicken and a brownish, icky curry sauce which put me at a loss for words. The Pu Pu platter we ordered was exactly that. There was so much grease I thought the food might float to the top of the bag and remove itself. On the bright side, I remember the wonton soup being pretty good, which was their only saving grace. 2 out of 5 stars.