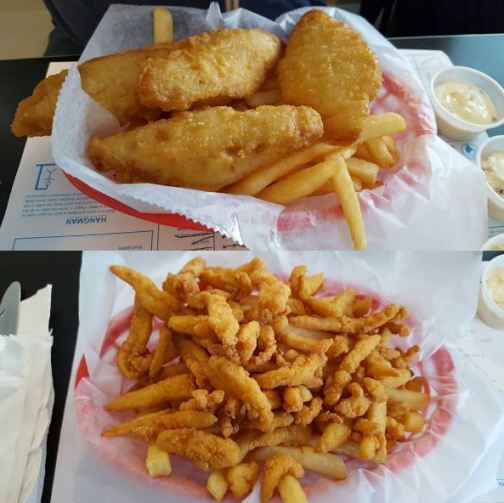 There wasn’t a healthy thing on the menu. One of their sundaes is even titled “Dieter’s Revenge”. But when you’re on vacation, who cares? There may be a drive-in during the summer, but for now, we ate in their large dining room. It was sleek and clean. The menu offered a large selection of sandwiches and fried platters, as well as a dessert and shake menu which may have been larger than the actual food one. My friend started off with a root beer float, and for an appetizer we got the fried macaroni and cheese wedges (below). Upon first glance, they looked like any generic, frozen wedges you would get in a grocery store. However, when we bit into them, they were great. The cheese was loose and gooey, while the outside had a nice crunch. So, whatever the hell they were, it worked. 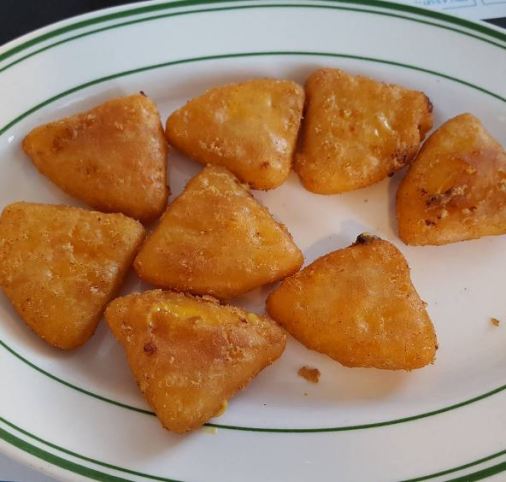 A cheesesteak went by and looked amazing, but being in Ocean City, I needed seafood. We both did. I got the fried clam strip basket and he got fish and chips. Both portions were massive. Neither of us finished. Again, not much for presentation. Just generic fried pieces of this and that thrown into a basket, but there wasn’t a speck of grease anywhere. It was all crisp and golden brown. For $10.99 each, those were prices we could live with.

It’s only one visit, but I will give Dumser’s a 3.5 out of 5 stars. I love the retro feel (since 1939) this place has. They had a decent crowd, but I can picture people clamoring all over the place to get food here. If we were here longer than 3 days, we would definitely go back.